Though this is an ongoing project that will probably take a lot of time before it is finalized, I thought I'd share a little bit of what has been going on in the world of writing, as it has been my reason for slacking in the blogging department. Like I've said, silence is often a good thing around here. 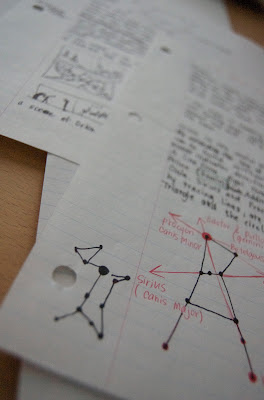 It started shortly before the fall when I got myself a little book on star gazing. I'd always been fascinated by the night sky, thanks to my grandfather and what he taught me about it as a kid, but never quite knew how to connect-the-dots on my own, so to speak. It seems like an easy idea to just look in the book, figure out the constellation and run outside to see where it is, right? Not exactly. After a few nights of running back and forth from the house- for light to compare the sky with the dots in the book- star gazing wasn't exactly a relaxing effort. 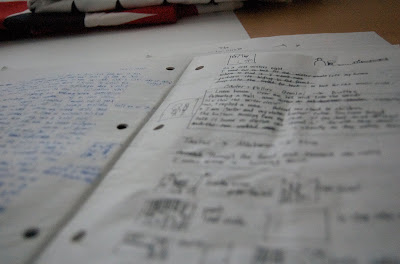 After months of dot drawing, mapping out the sky in directional patterns, learning the stories while putting my own twist of memorization in the mix, I began to see some unintentional progress in my work that has me looking ahead without hesitation or reluctance, and wondering what to do first in pursuing the final piece. 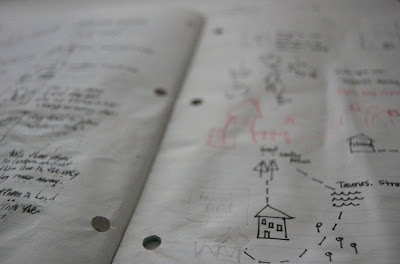 Whether it be an illustrated story or another form of media, I haven't decided. At least I know that there is a lot to look forward to in the new year, and a lot of little dots to be connected, as I learn about myself as an artist, writer and budding nerd. Oh yes, it's so cool when you tell your friends that you're going outside to find the Great Square of Pegasus. 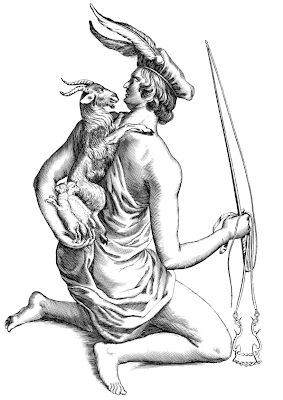 * This also explains the guy with the goat. It's Auriga. One of the first constellations I found above our house.
Posted by libbytree at 12:32