I suppose it works out that I start meditation class today, when the outcome of Couch Day was incredibly poor. We don't have a couch, nor do we know when we'll be getting a couch. Am I upset? Not totally, actually, because I half expected something was going to happen, like maybe a no-show, or the wrong item being delivered (like last time)... but not this. 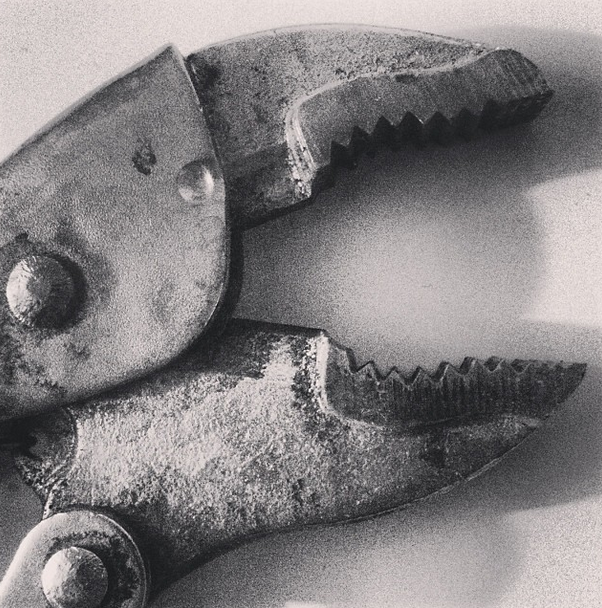 The plus of my weekend was getting a new toilet, on Friday. Plumber left a tool behind and broke one of my belongings. I think it's only fair that I keep these.

I received a phone call quite early in the morning, with a gruff voice message telling me that things were coming my way in the late afternoon. I was patient, I waited, I might have paced a little, and maybe pre-celebrated -during breakfast- that it was Couch Day at last. I'd been looking forward to it for months. I really couldn't help it. 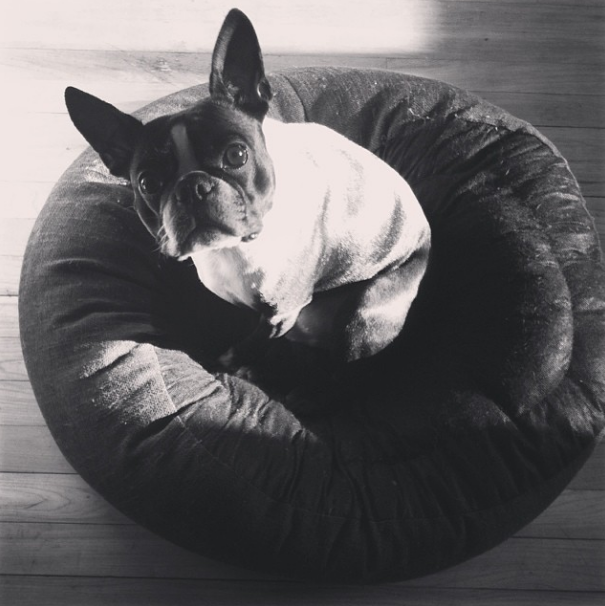 How long until we're off the floor?

When my delivery men arrived, I could tell that one of them smelled a little bit too much like my grandpa; which happens to be of the alcoholic variety. This didn't make me feel very comfortable, considering this person was going to be handling an expensive item that I've already paid for, in full. He looked around my place, and instantly he was growling,"no, we can't get it up here." He shook his head and said some words under his breath. This wasn't going to end well, I could tell. 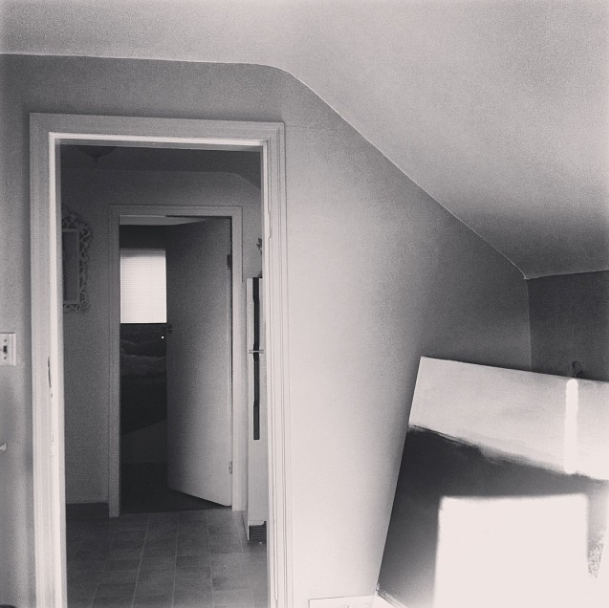 Getting a couch up into an attic is no easy task, I understand, but I don't feel that things were even remotely considered. One guy was actually quite eager to do the problem solving, suggesting we move the washer dryer outside, temporarily, to make room for maneuvering; while the other guy shook his head no and gave me some ideas and what he thought I should do. "Get a sectional" or "get the love seat" because he felt it was impossible to get my "largest model in the warehouse" couch upstairs. Excuse me? Am I missing something? 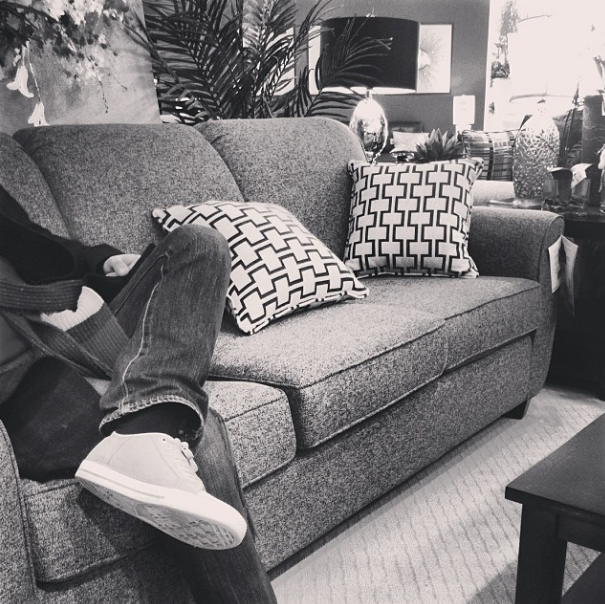 Just a recap of how humongous this couch is for an average size person. What was I thinking, right?

I did the measuring before hand, and even sorted out the Math in angles and door space. It wasn't impossible, someone just didn't want to try because really, who wants to move a couch with a hangover? If this person was actually making sense that the model I'd ordered was SO large, why didn't my original customer service rep tell me "this is our largest model, and it doesn't fit through standard doorways." How do they make sales on any couch, if 35" height/depth is too large for a regular size doorway? It's a Science I'm trying to comprehend. Send a man to the moon, success. Move a couch up a set of stairs, impossible. My bad, @leonsfurniture. 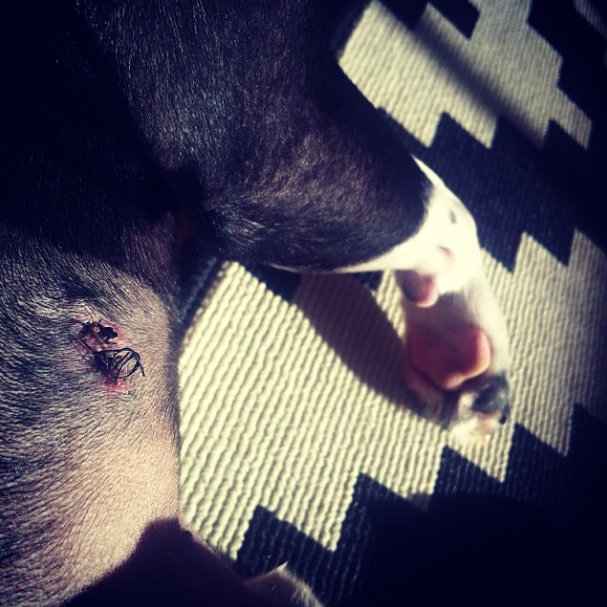 Positive note: Breakfast got his icky stitches out, yesterday. He is doing just fine, even if he has to sit on the floor.

I felt really uncomfortable listening to the suggestions coming from the drunken direction. Scrap this couch I've paid for? Get a refund? Settle for a smaller, or more expensive model, or a LARGER couch (sectional)? A love seat? No, that's not what I wanted. I called customer service to discuss my options, and it turns out I can't refund my money, or downsize with a store credit, even if I wanted to. I could however, get a couch of equal or GREATER value. Oh good, because that's what I wanted, to spend more money on shit service. *that was sarcasm, for you slow ones out there. It doesn't always translate in writing.* 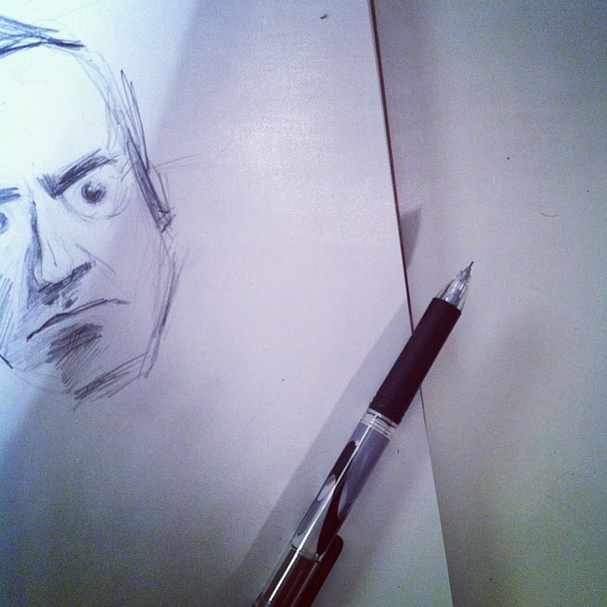 Angry faces are in my sketchbook.

I eventually told the delivery guys to leave, because by that point, I was feeling really in the way of their time. It lasted a mere 15 minutes, and they seemed incredibly rushed, because I'm guessing they only get a two hour window to sort out their moving plan. You'd think they'd show up with more than a half an hour before my window of time was up. That's fair, right? So much for free delivery. The only thing free about it is the value in service. I felt like an idiot for purchasing this couch. I still do. That part of the equation is very wrong. This is not how a business should treat its customers. 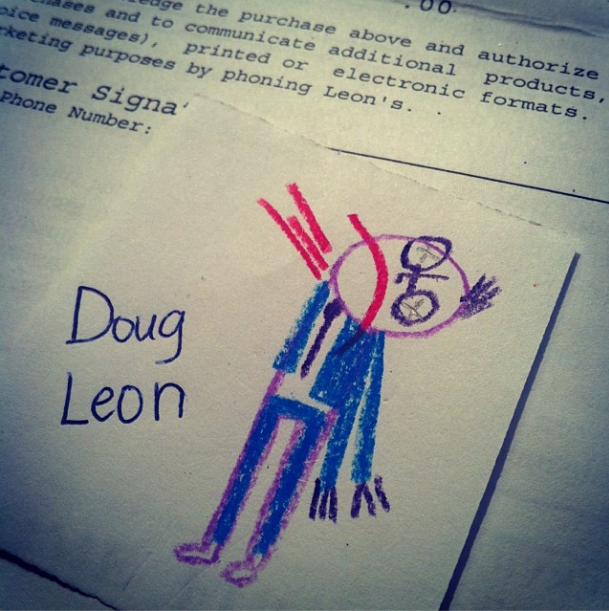 Jesse told me to imagine there's a Doug Leon, who runs Leon's. I made him suffer for ruining Couch Day. Therapeutic.

After a lot of unnecessary stress, arguing, phone calls, sassy emails, and attempting to rectify the situation, I decided to just give it a rest until I really figure out what I'm going to do to get this couch into my living room. I can't say I'm feeling all that confident, though it's neat how fast customer service can reply to your complaints on the internet when you hashtag and at-mention their company name and how upset they've made you. See example below. 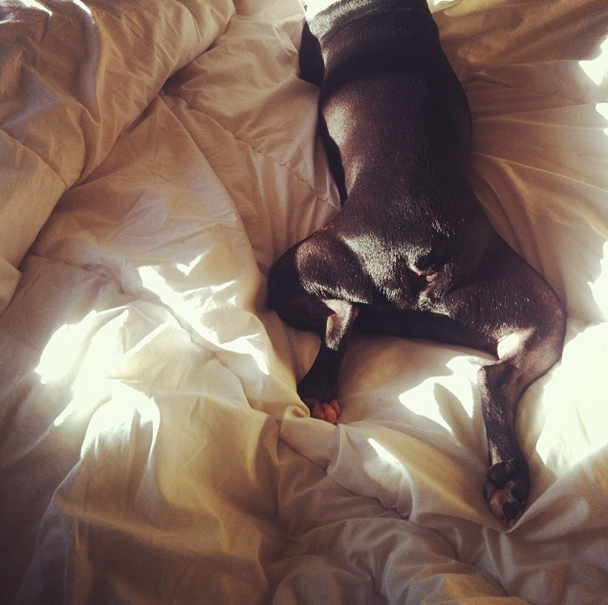 I just want a couch @leonsfurniture. I don't quite understand why I'm left here to pay for someone else's poor attitude and service. I realize you are not a moving service, but you'd think that a delivery service would know a thing or two about stairs and doorways. I suppose I'll make some phone calls today to see what the next step is, and listen to the song "there's no place like #leonsfurniture" while I'm put on hold again for who knows how long. Thanks for the wonderful service. **Again, that's sarcasm. You guys should know this by now.

Did I mention that I'm excited to meditate today?
Posted by libbytree at 08:38