Father's day has always been a bit of a weird day for me, and I would be lying if I said it didn't make me feel a little bit empty in some ways. Often, my conflict of the day involves questioning whether I should go out of my way, to even wish my dad a happy father's day; when he hasn't remembered my birthday in over 5 years. For me, I'm a give what you get sort of person; yet there's a part of me that feels a bit off for pretending not to acknowledge the day for what it is. He's my father, no matter what.

Fathers are kind of funny figures, at least in my life and experiences. My dad left when I was 5, and made it very clear that he didn't want any children. I'm sure I've been told flat out, more than once, how it wasn't his choice, yet he has 5 'surprises' running around in this world. He's never been one to go out of his way for anyone, and I've never expected him to do more than what he already does. His ways of saying hi to me, are to send emails about the world and what I should fear or hate about it. I don't appreciate this sort of energy, so I have learned to cast him aside. It's not an easy job since I say to myself, he's my father.. no matter what. 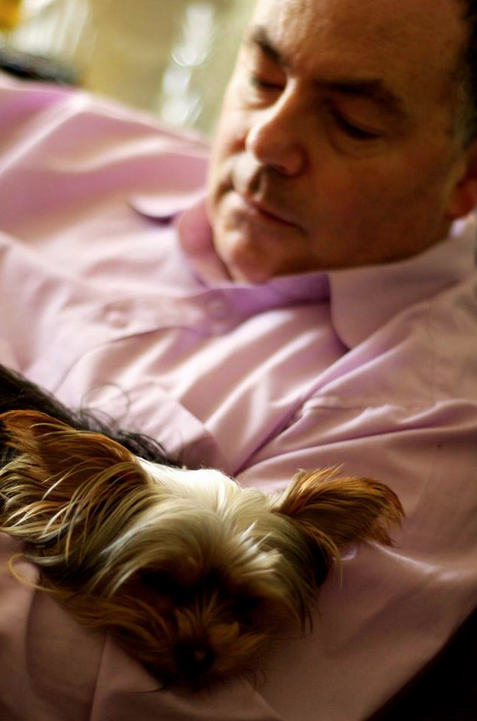 I'd say I have created my own concept of who my father is, to help fill the void of what he's not. We don't have a lot in common, other than the fact that we can draw. Originally, it was my way of trying to get closer to him or at least gain some of his attention. When my early attempts failed hard, I took what I had and made something more out of it. It was a pretty big accomplishment when he told me later in life that I had surpassed his own capabilities, and that he was proud of who I had become, but that wasn't what I was after. I gave up trying to gain his approval a long time ago. I guess that's why our relationship works, in what I have created out of it.

He may not say hello, or ask me how I am, or even know when I was born, but that's fine because I don't need it. I'd love it, but I've given up on hoping for him to be something he's not. If I had to say something nice about my dad and what I love about him, I'd say that he gives really warm hugs. Any time I've gone to see him, he insists that I give him a hug before I leave. With both hands, he holds me close, and that is something I will treasure so long as he is my father... no matter what.
Posted by libbytree at 08:29