I need to exercise my writing muscles, because I'm having the worst time getting the words out, as I work on my project. I have a lot of catching up to do, over here. Blog Land, I have lost touch, thanks to Instagram. It's my visual diary/scrapbook without the clutter. Love it. Gonna try harder to pay more attention over here. Focus is on. Just for something fun, I thought I'd write a simple post.

The 10 Things I Love about Breakfast Jones: 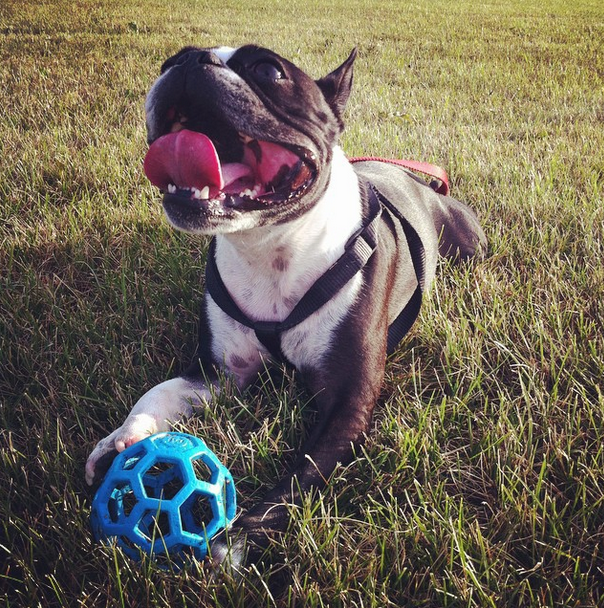 He's.... special
He's not your typical cute dog, but there's something adorably ugly about him. Like a black and white Pac Man, or a pig in a tuxedo, that face makes me laugh on a daily basis. He melts my heart. 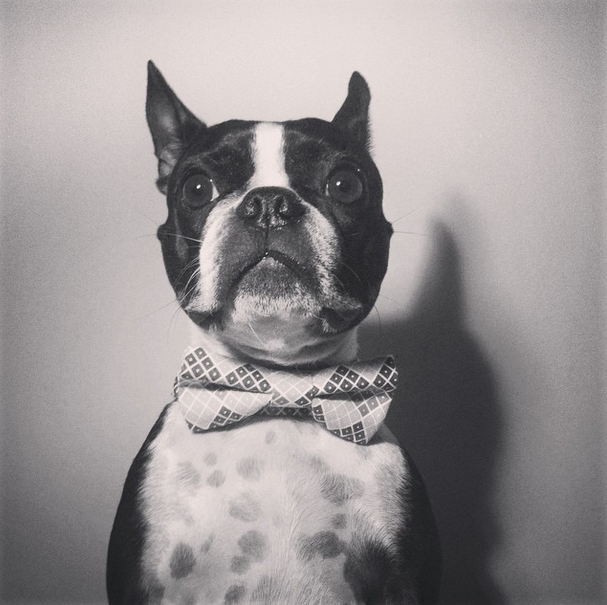 He's a gentleman
Well, a gentleman, in a tux, who farts on your lap. While he may be a bit more of a boy than a gentleman, he has some impressive manners when we socialize with strangers, on Whyte. I'd say it is the most common adjective he has received. My favorite statement has been, "look at the well behaved Boston Terrier." Yeah, he's got some manners. 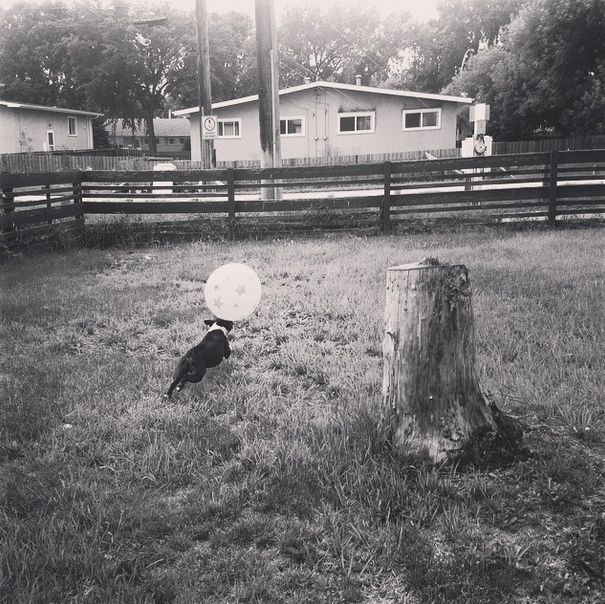 He's a playa
Breakfast loves to play with whatever he can find. His favorite thing is being outside in the grass, wrecking balls. It's my favorite, too. Wait, that sounds wrong. 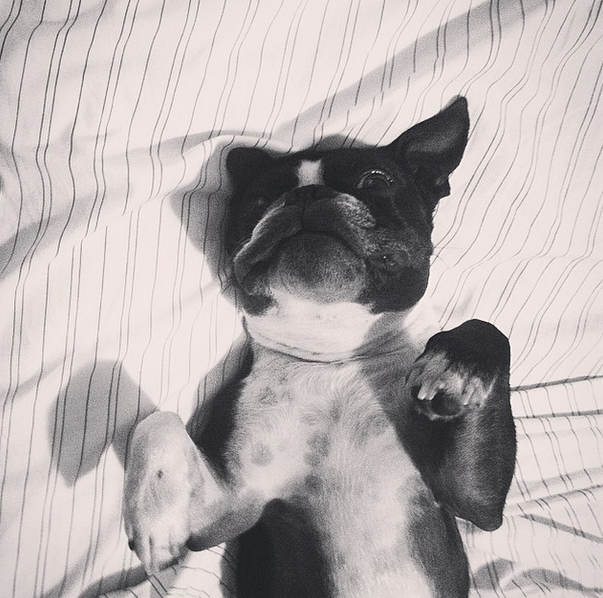 He's lazy
While Breakfast might have the energy of a hyper-hypo, he is equal parts lazy. The warmer the blanket, the more likely he is to wrap himself in it. Sometimes, he goes missing because of blankets. He is also known to sleep in later than me, on the weekends... because of blankets. 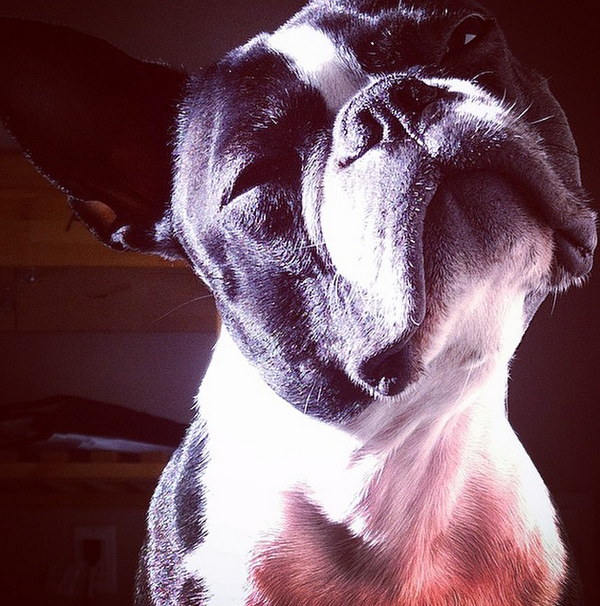 He's a boy
Part of what I like about boys is that they're kind of gross. Breakfast farts all the time. We all know how I am with farts. I, like Breakfast, am a 5 year old boy on the inside. It's funny, the sounds he can make. We won't discuss the smells. That part is gross... like boys. 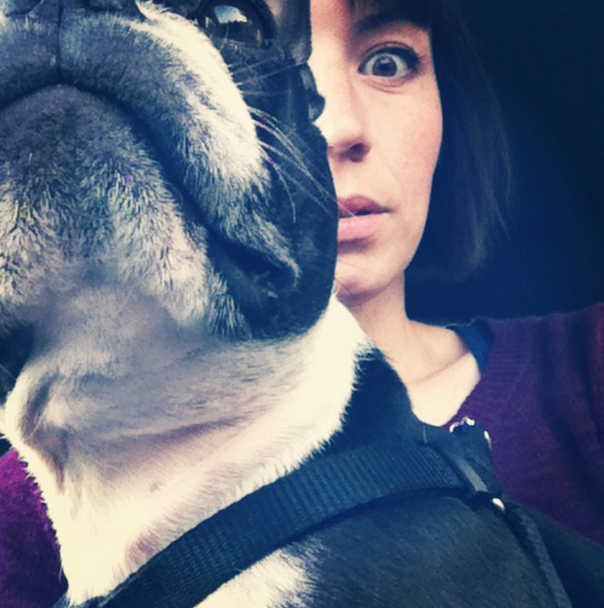 He's tough
He has a big bark, that often scares people away, and puts big dogs in their place. Funny thing is that his only defence, once you say hello, is to smother you in French kisses. The bark/growl/hair standing up on his back is all a front, but sometimes, I let him have his Kevin Costner moments of thinking he's my bodyguard. 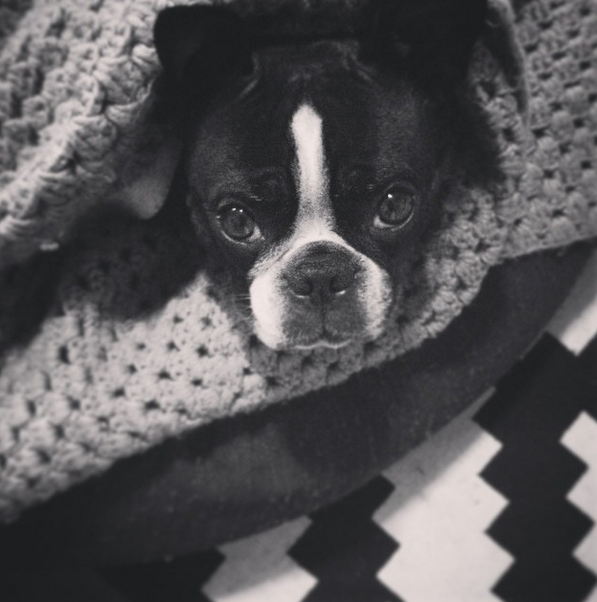 He's young at heart
People always assume Breakfast is a puppy, because he has so much playful energy. He seriously loves to play. I don't know if it's the snorts, his body language, or his stupid face, but he always manages to get other dogs to play along.
...even the old crabby ones. 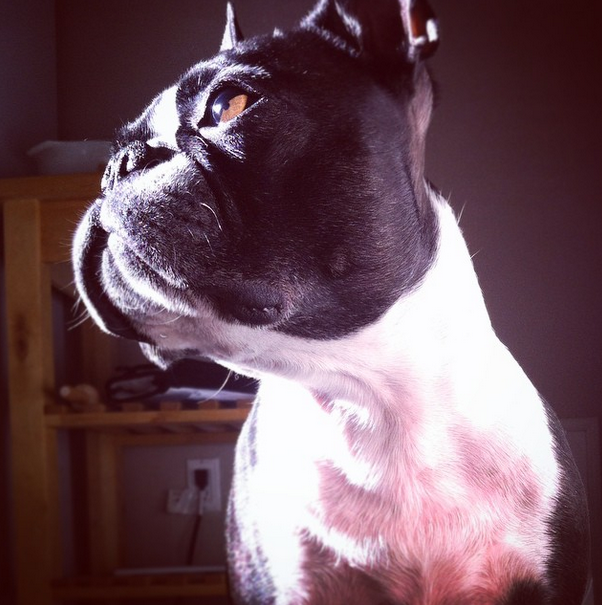 He's my muse
I swear there are times when he is actually posing for me. There's something about him that I find absolutely lovely. Maybe I have a problem? He inspires my eye, and I'm not about to stop taking photos of him. I'm not sorry if it's excessive. Doesn't help that he's black and white, like some of my favorite designs. Art dog. 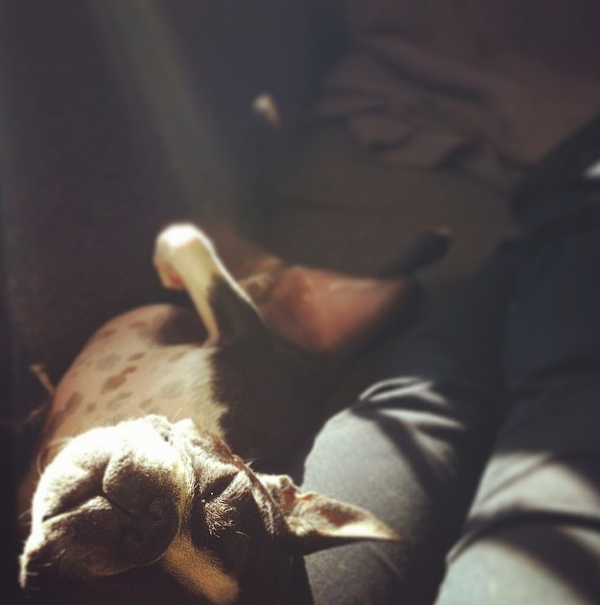 He's a sunshine boy
Is it weird that one of the names I'd considered, before Breakfast became a thing, was Sunny? He loves to be in the sun. We walk for hours, we lie in the grass, we melt. I miss the summer, and so does he. It's our best time together. He's totally not a Sunny though. Always Breakfast. 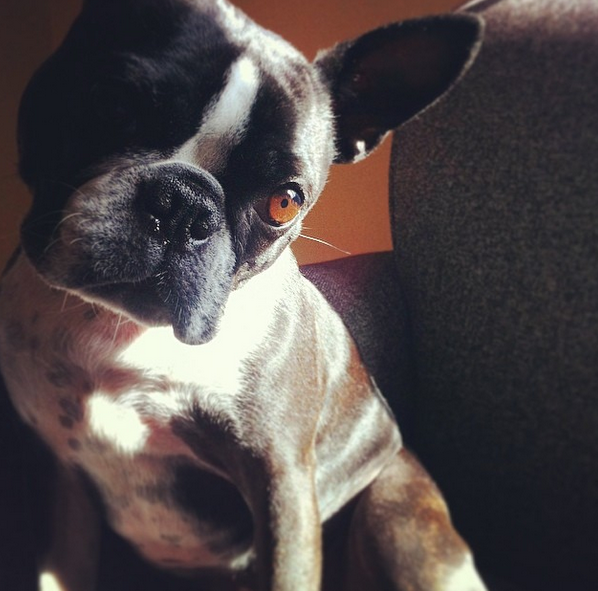 He's SMRT
I don't often give him cred for being as smart as he... can be. He has never wrecked anything of mine, doesn't have accidents in the house while I'm away at work; he follows my commands (often without words), he sits politely and waits while I put his food down, holds still when I trim his nails, jumps in the tub on his own, appreciates my singing... I'm pretty impressed.
Listening to me when I call him? Well, that's a work in SQUIRREL! 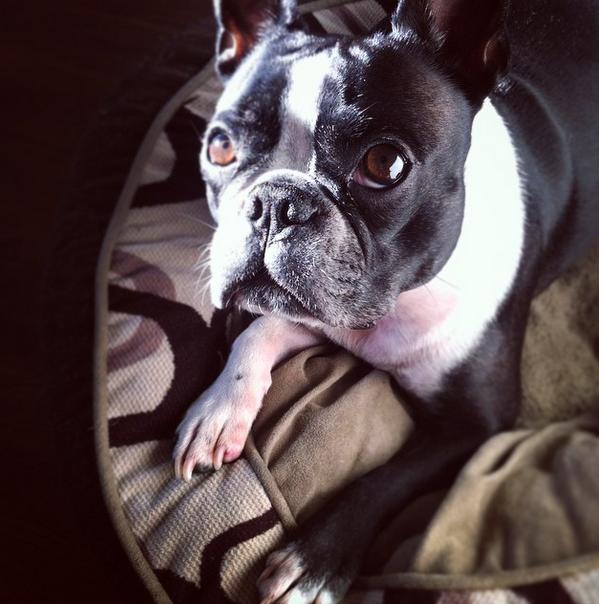 He's the best way to start the day
What's great about my relationship with Breakfast, is that only he and I know about the bond that we share. He is one of the main reasons I get out of bed in the morning. He has helped me through some really interesting times, and we have both grown together in so many ways. It's neat to look at him, and see age in his eyes. I could get weepy about how far we've come... but that's for him and I to know. It's just sorta neat to see that I got myself a really great dog. 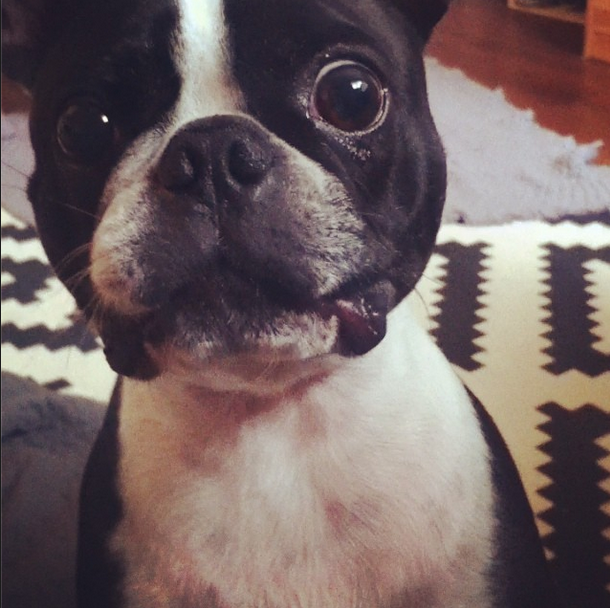