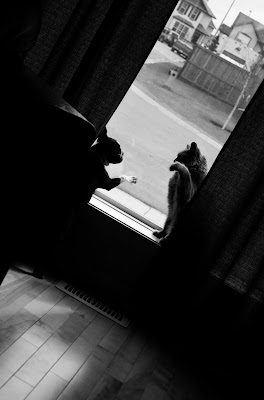 Their personal bubbles are being established.
Posted by libbytree at 19:49 No comments: 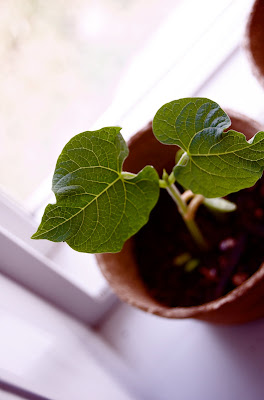 Somewhere along the way I noticed that I accidentally planted a green bean - among other things- to be ready for my garden this year. Though green beans don't need much assistance on growth indoors, I have been enjoying my little indoor beanstalk. It's so nice to see green again.
Posted by libbytree at 19:50 No comments: 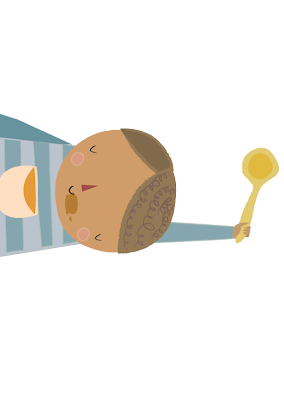 Illustrating kitchen inspired stuff. There's something very nostalgic about it.
Posted by libbytree at 08:24 No comments: 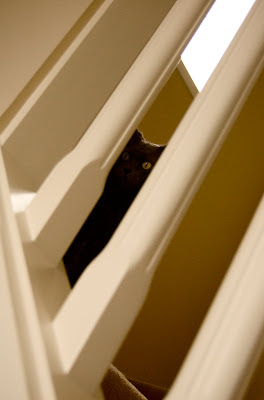 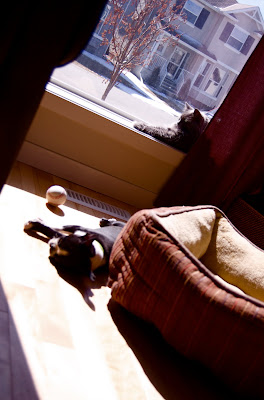 As for Breakfast, he is becoming more adventurous in making his acquaintance, where he scoffs and paces around Tim's imaginary bubble of space. While Tim sits silent like a stern old man that is more than willing to lay down the law if at all needed, it's entertaining to watch the character of their relationship take shape. In time I hope the two will become old friends. Maybe like the Karate Kid and Mr.Miyagi?
Posted by libbytree at 08:37 No comments: 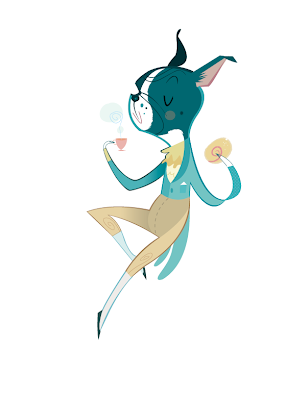 What happens when you watch The Fantastic Mr.Fox and then imagine your puppy in high waisted pants? Well, you get Breakfast with tea and a strawberry danish.
Posted by libbytree at 13:34 No comments: 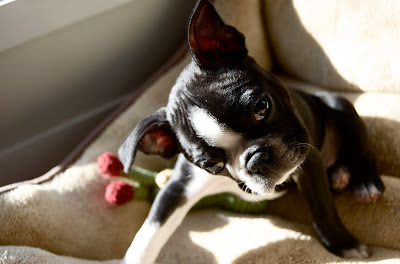 We've received a lot of tilted heads and raised eyebrows at our name of choice when it comes to our new little fuzzy face, and oh did we brainstorm, as we found naming a pet very mind bending with the limitless options. After weeks of tagging names for contest, Ian came up with one that I surprisingly kept coming back to. To kill the suspense I will introduce to you now, our sweet Boston Terrier, Breakfast.
Certainly this one requires a bit of an explanation. 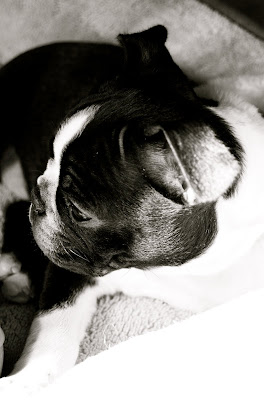 From my favorite jazz singers to movie stars, storybook characters, constellations, cartoons, 1980s music, wrestlers, foods and beverages, nothing seemed to stick mutually between Ian and I when it came to thinking up a name that had the sense of fun which we were looking for. Had I won the first shot in battle he would have most likely been called Ralphie Parker, where for Ian it probably would have been something like Skeletor or something poop related. Also, let's not get started on our ideas for mocking the approach of car brand names. Ford Focus? Hardly. 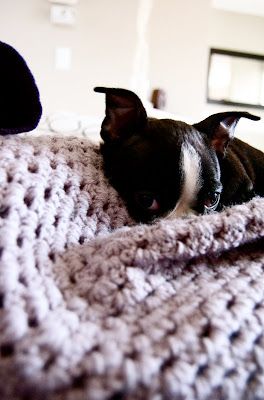 As we got into random objects, colors and words, the name Breakfast was mentioned by Ian in the form of the term "a dog's breakfast." Though the expression isn't exactly a term of endearment, the play that we enjoyed with it after was the humor which we were looking for. Who doesn't love Breakfast? It's most definitely the best way to start any day, if you ask me. 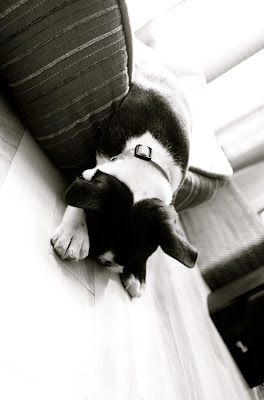 I will admit for a while I was totally unsure about whether or not it was actually the right fit, as I've wanted this puppy longer than I can describe and wanted to name him something important to me. It wasn't until I started to recall my old habit of creating joy lists, to practice appreciative living, that I started to see it in a different way. Remember the piece of toast I once wrote about? Finding joy in something so insignificant as that was a great discovery in my life, one which I refuse to let out of sight, as I have lived years without seeing much to be happy for, out of fear of somehow losing it all. What a great sense of self discovery to be reminded of. 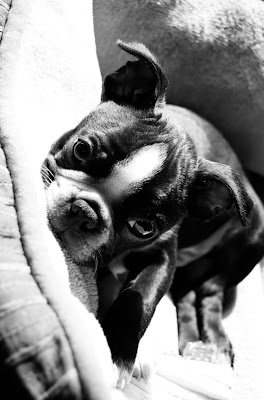 And so, as I continue to urge myself in the forward motion by experiencing a new and interesting challenge, I am proud to share with you one of my newfound yet familiar great loves,
Breakfast.
Posted by libbytree at 08:31 No comments:

I still can't believe we finally have him, but he is hands down the best (month early) 30th birthday present I could have ever given myself. And just because he's here already, doesn't mean that the doggy illustrations and fun bits are over. It's all too inspiring to stop now! 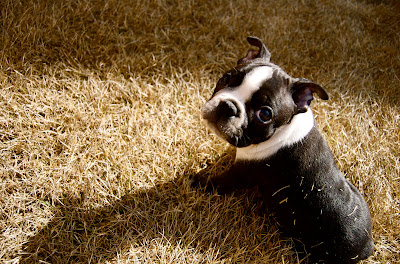 So far he's a pro at playing fetch and tug, loves to have his tummy rubbed, did excellent in the car and got a good workout running back and forth in the grass. Until then he'll be catching up on rest from the day, while Tim curiously sniffs at him and wonders what we've done.

The name announcement to come, as it has a bit of an explanation involved.
Posted by libbytree at 16:43 1 comment: