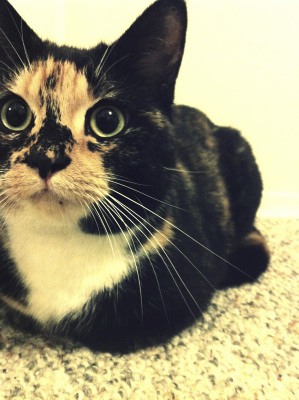 This is Minnie. Her remarkable face popped into my head, and I got really excited about a character design that I've been brainstorming all week about. She's my inspiration for the moment and I just wanted to share. I have much to say about her, but not today. I have paints to splatter.
Posted by libbytree at 18:16 No comments: 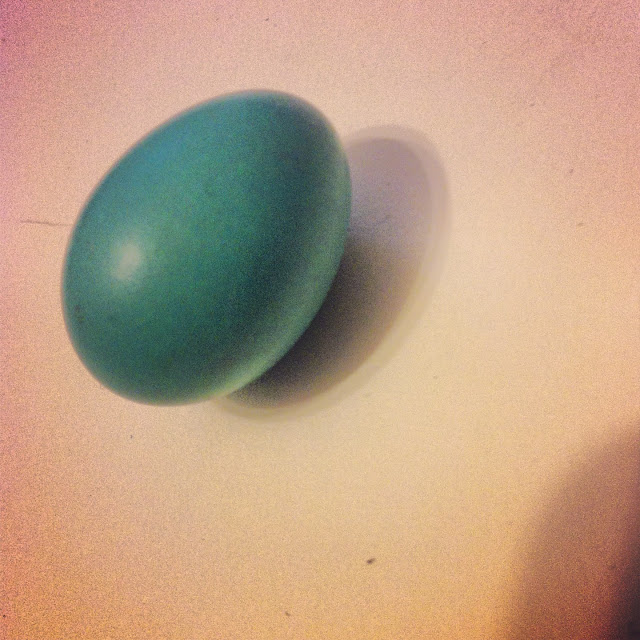 I found this little egg on the ground- in one piece- after a very heavy downpour. Such a pretty color, Robin's eggs. ..Maybe the sky is falling.
Posted by libbytree at 22:41 No comments:

Things that I have written on the Post-its, on my fridge. They're little reminders that I felt I needed this week. 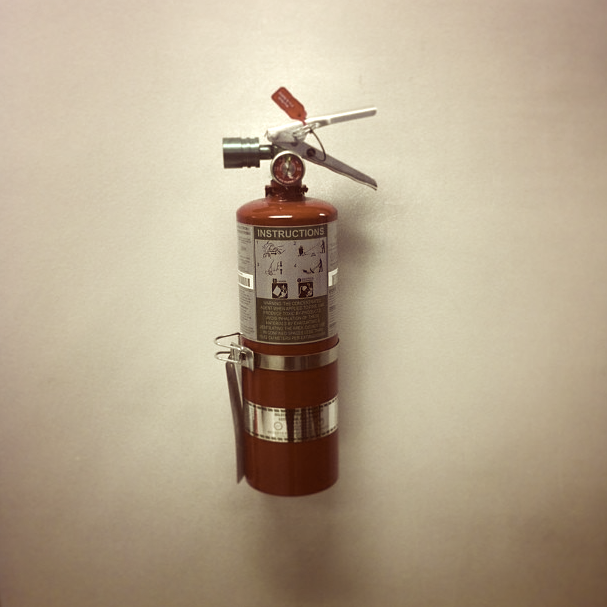 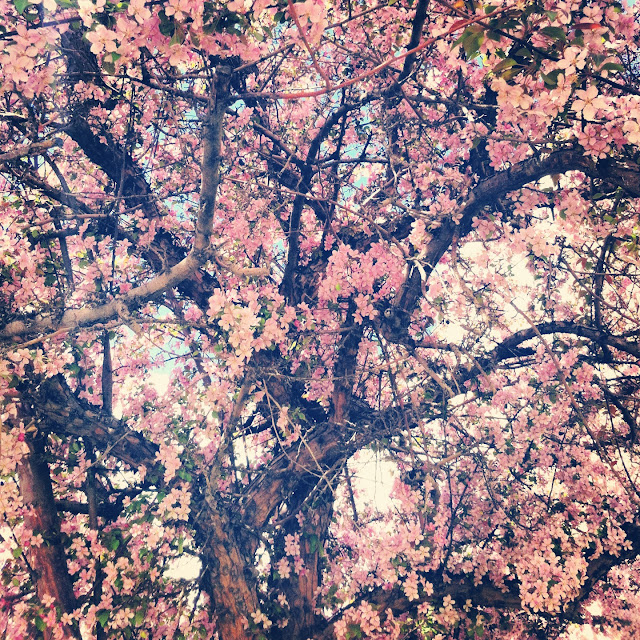 TODAY IS TODAY
I have written this one down since I lived in Calgary. These words remind me to slow down and focus on now, and nothing else. I find it really quite helpful for my anticipatory anxiety. It's just a simple reminder that every day is different, so why not enjoy today for what it is? 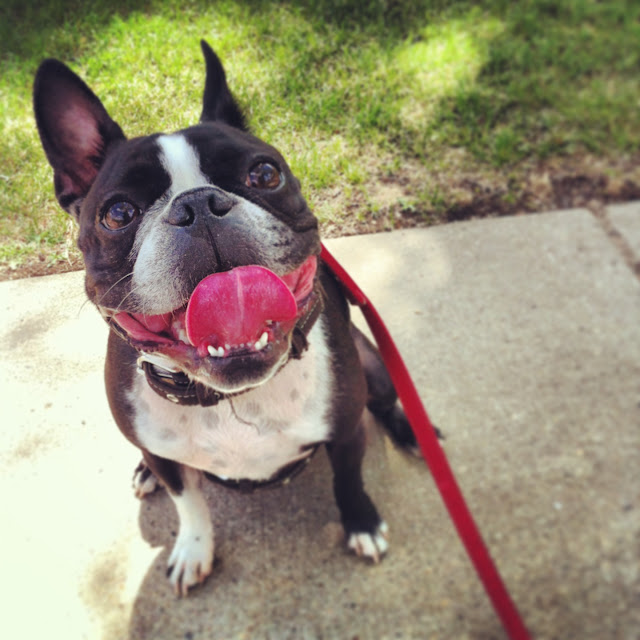 GO OUTSIDE & PLAY
This guy gets me outside every day that the sun is shining. Sometimes we go to the park to play, sometimes we run, sometimes we lie in *or eat* the grass, sometimes we lose our sense of direction to see how long it takes to find our way back home. Every day is an adventure, with Breakfast Jones. I fucking love my dog, in case you didn't know. Errday. 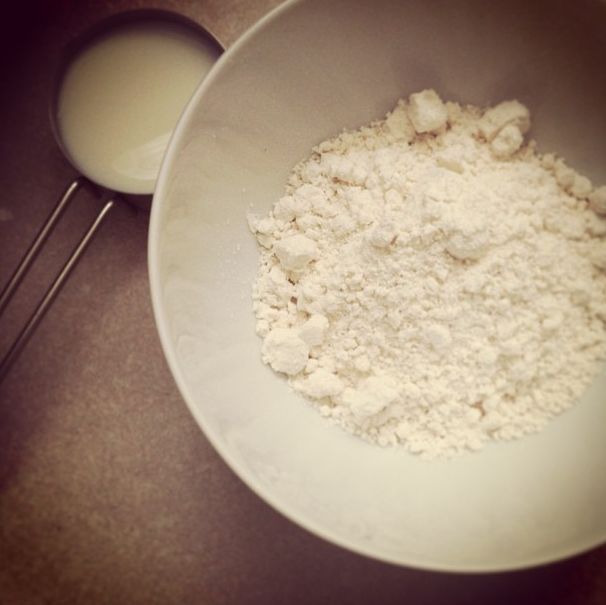 FLOUR
I need flour in order to make banana bread. I have too many bananas in my freezer.

Posted by libbytree at 21:51 No comments: 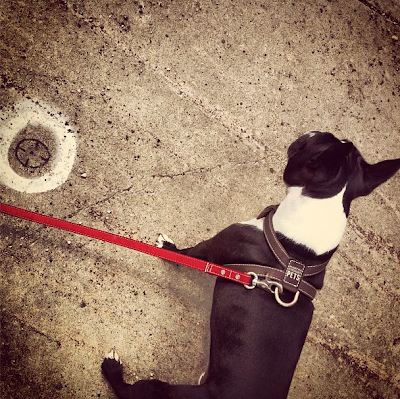 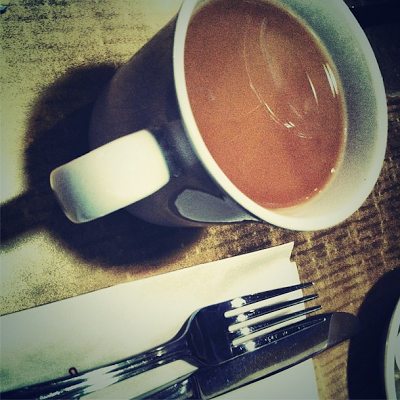 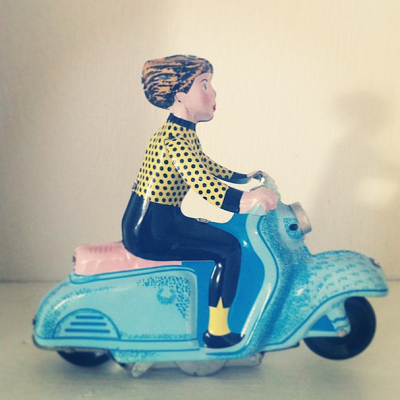 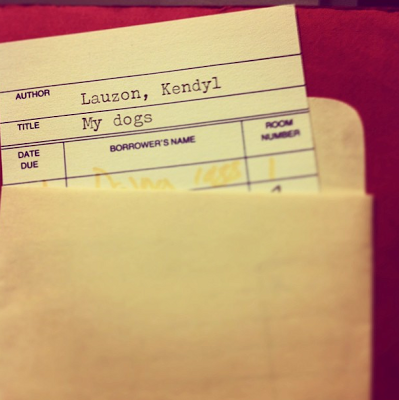 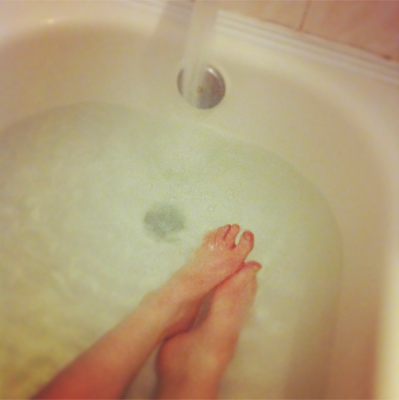 Posted by libbytree at 19:52 No comments:

Where I live is a huge part of my happiness. I love my home, my neighbourhood, my -incredibly helpful- neighbours, and being able to say that I've made it this far on my own; with a little stink in tow. It's nice to be here, and most of all it's so incredibly nice to be able to go outside again.

Our winter felt so long, and made me believe that maybe I'm not so much of a winter person anymore. I believe this realization will take us elsewhere in the years to come. I think San Francisco is calling my name. I really do. *I'll come back to this topic for sure.

I blame the dog for this transition into the warm, and I'm so glad he has brought this sort of joy into my life without even trying. Every day that the sun is shining, we're outside, walking, playing, running and doing whatever we can to soak it in. We love sharing our time together, taking in the sights and sounds that the season has to offer. The colors, the smells, the signs of life all around us. I am absolutely in love, and it has barely begun.

This is the spring, though this weekend felt like enough to fool us that summer has already arrived. Winter needs to be washed away around the edges, we need rain to make the grass green so we can lie in it. There are so many great things to come, I could burst. Patience is a virtue, and daylight is delicious. It is so nice to get outside and live.

I just wanted to share that I'm happy.
Posted by libbytree at 17:53 No comments: