chewy for the holidays 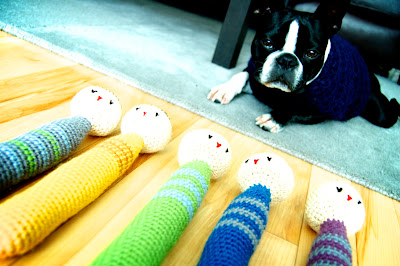 If you have been following along, you are already acquainted with the new addition to Dear Libby's toys; Chewy Lewis. Originally named John Long, this stretchy fellow was designed specially for my little stink; who loves to chew, fetch, tug and shake the ever living stuffing out of whatever he can fit in his mouth. Spoiled as can be, he has gotten to test out my various experiments to get to where we are today. 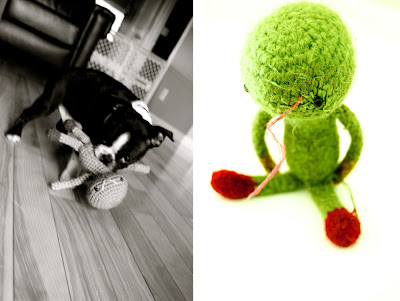 The first toy I made for Breakfast was a little frog, which I had put in his kennel to keep him company when he was little. It was an instant success, as he carried it with him everywhere he went, including on many of our summer afternoon walks. And what stuck with me most, as I looked at its tattered face and crusty exterior, is that it had lasted 4 months before I finally decided to give it a toss and make him something new; which is when the wheels started turning. Enter Chewy Lewis. 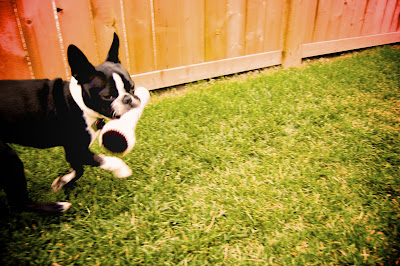 From observing how Breakfast liked to play with his toys, I came up with a design to fit his needs and preferences, along my own, in regards to concern for his safety. Anything with plastic pieces to swallow was out of the question, as dogs are so oriented by feeling with their mouths, and can fixate on objects of interest; eyes, squeaks, little bits, interesting textures. I decided to keep things relatively simple, to stray from the expected destruction. 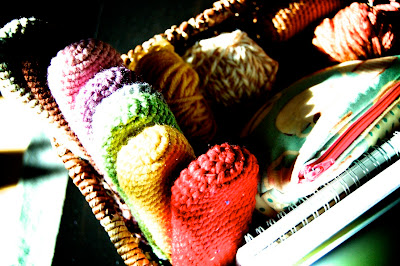 To tell you about Chewy Lewis in greater detail; he is constructed of two separate pieces (head and body) where we make sure to double stitch the seam to ensure stability between tugs, pulls, chomps, shakes and mass destruction. The piece is stuffed with cotton Poly-fil that is hypoallergenic and machine washable. His skinny neck may be deceiving, but it really does hold up to the test of tuggy abuse. 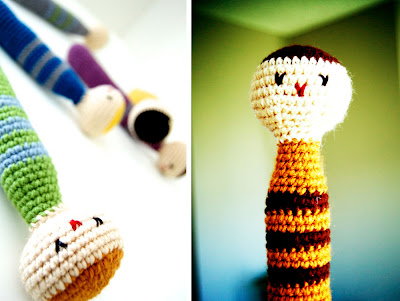 We definitely recommend this piece for smaller to medium sized breeds, as we haven't quite figured out what to do for our larger friends as of yet. Keep your eyes peeled for more experiments to come, as this is only the beginning of Dear Libby's puppy stuff. I'm so excited to share this new creation with you and your fuzzies this upcoming holiday season, and look forward to much more fun to come.

Welcome Chewy Lewis, and thank you all for your endless support.

Will you have Chewy at the market? My Mom and Dad live just a few blocks away, I was thinking I could maybe have her pop by to pick one up (for my friend with the same breed as Breakfast ;-) as I am very busy on Friday with hockey and paintballing for the boys....and how much is Chewy going for these days? :-)

Hi Tracey, Yes we'll have some Chewies at the craft show. Originally we weren't going to due to demand, but cannot resist the chance to share with our puppy friends. They are priced at 10$ No plastic pieces, and stuffed with love.