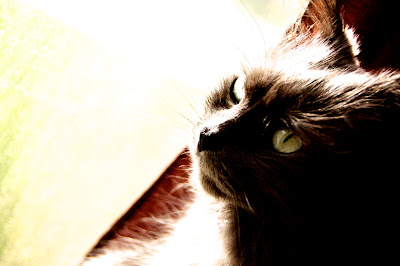 I've been receiving a lot of questions about Tim lately, as it has been a good while since I have written much about him . . . or anything for that matter. I guess you could say that it has been a bit of a blur, this last little while, for a variety of reasons. 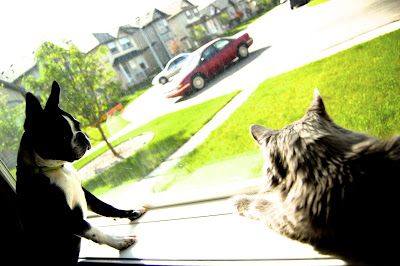 Fortunately, things have been pretty good for Tim, when it comes to adjusting to the new, four-legged, body in the house. Ian and I were actually surprised how quickly Tim became curious about the situation; sniffing and getting nervously close to a softly snoring time bomb. Quite funny at times to see that certain flick of the tail that is just asking for an invitation. 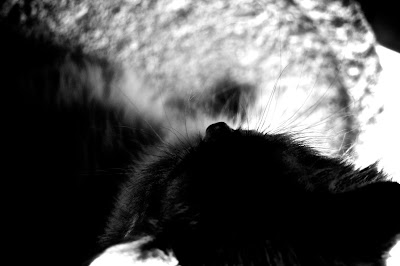 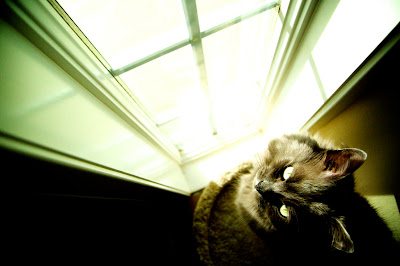 Recently, Tim started to have a bit of a poor reaction to his altered schedule, and expressed his anxieties through an old habit that we have struggled with for years: oh glorious pee. Not cool. He has had issues with urinary infections and anxiety for most of his life, so when this method of 'sharing' started to show it's ugly face again, every other morning, I started to worry about what to do. 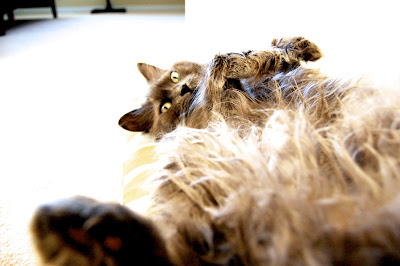 *To shorten the story* Our vet's recommendation for the situation was to make our boy feel more zen; through loads of affection, appropriate medication, some slight changes in his environment, and a solid routine. Considering he seems more chill than I've seen him in the years that he's been around, our quest for "Zen Tim" seems to be on the right track. It's nice to have him back.

Thank you all so much for your concern and curiosity!
Posted by libbytree at 20:08